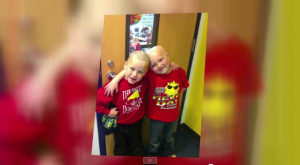 Athletes with shaved heads are pretty common. But there was a group of high school athletes chose to go bald not because of a sport’s trend.

Their friend, David was being treated for cancer.

His Basketball teammates decided to show their love and support for him- Because his cancer treatments caused him to lose his hair the entire team shaved their heads during a home game half-time. What mature kids! I am amazed at their boldness – and their loving support. Although this may not have meant much to each boy, for David and his family, this meant the world. 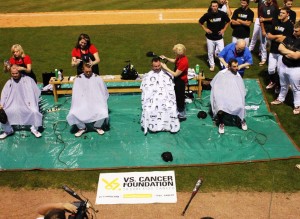 That kind of  support and encouragement is what a child and their family need when faced with a crisis from a devastating illness.  David’s treatments weren’t effective and as he lay dying, his family rallied around him and  each other.

David’s  mom and dad remember  months later how their children became closer to each other, as well as to God, as they worked together as a family to help David deal with his illness. Friends. Family. Faith. A winning combination when life brings loss. 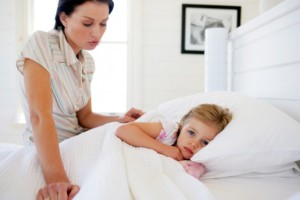